The KC Golf Show teamed up with good friend Geoff Swain’s Golf Unplugged for the Bahrain Invitational at The Royal Golf Club.

Nicknamed the ‘Trick Shot Boys’ Kevin & Geoff put on three highly entertaining shows which grabbed the attention of Colin Montgomerie, Paul Casey and Thomas Bjorn. So much so the European Stars were egged on by the audience to take part, and have a go at the tall tee shots.

However the trick shot that everyone was talking about involved Kevin sitting on Geoff’s shoulders and striking a moving ball which was lobbed to him from Geoff’s sand iron. 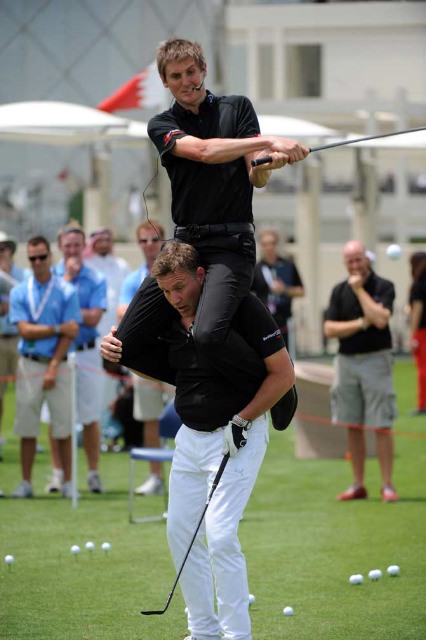 By day three the double act was gathering momentum, and some encouraging words from both Monty and Casey has led to Kevin & Geoff setting up a website golftrickshotboys.com (due to go live very soon!)

The first of its kind, a double act with

For more info the Golf Trick Shot Boys can be contacted at info@golftrickshotboys.com

After 11 qualify laps the KC Golf Show finished 5th fastest with Geoff sitting a couple places behind. A brilliant start by Kevin saw him sneak up into 2nd place… KC then battled it out with Paul Casey for several laps before finally going wide and allowing BBC’s Andrew Cotter to pass and nick 2nd place. 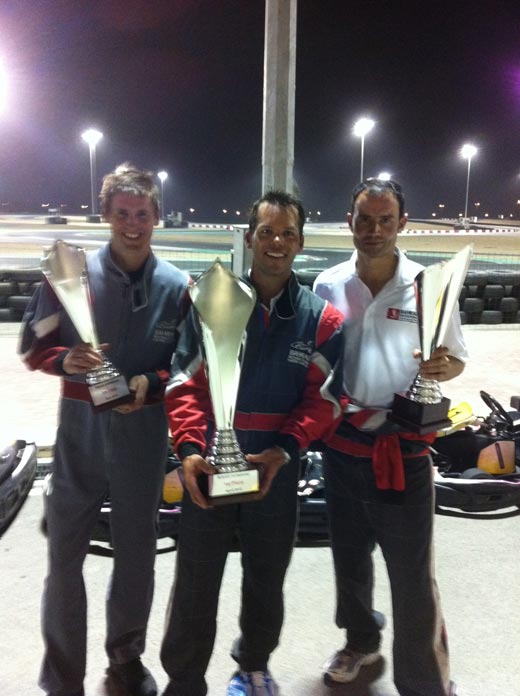 This entry was posted in The Show. Bookmark the permalink.
← Ipswich Town Golf Day
London Marathon 2012 →