England players past and present were amongst the audience at The Shire, London where I performed The KC Golf Show for the England Footballers Foundation EFF Charity Golf day.

Prior to the show starting it was nice to catch up and see how Ex-players Ray Wilkins and Dean Aston found the Masters Course designed by the legend Seve Ballesteros. During my warm up BBC Football Focus host Dan Walker, heckled from a distance as Mark Bright was keen to get in on the action and filmed a few shots as I warmed up for the start of the show.

My three volunteers were Spurs and England Internationals Jermain Defoe, Michael Dawson and Jake Livermore. The trio were great sports and all keen to take part in the tall tee challenge which was eventually won by Defoe.

The players and football fans taking part in the day had given up their time to help raise awareness for the England Footballers Foundation Charity Partners. The charities that will benefit from the event are the Bobby Moore Cancer Fund for Cancer Research UK, The British Foundation and Rays of Sunshine. The goal is to help disadvantaged youngsters in deprived communities. Focusing on providing them with educational, coaching and life skills. 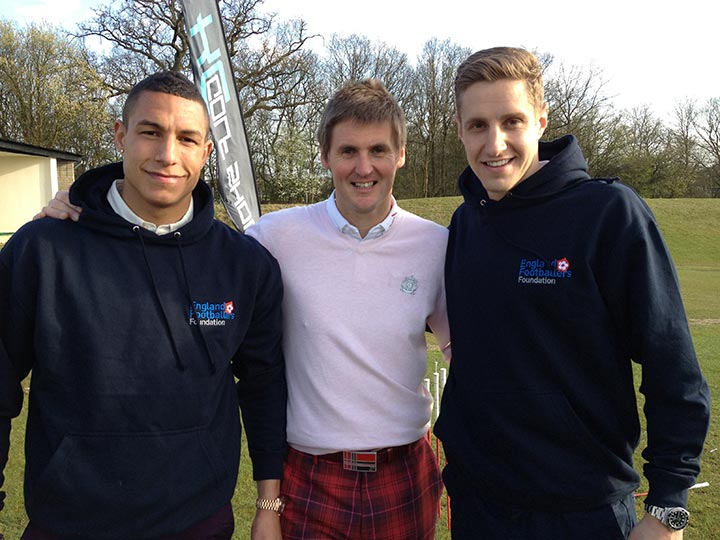 This entry was posted in The Show. Bookmark the permalink.
← Merry Christmas and a Happy New Year
Frinton Golf Club Open Day →