A great mix of legion, and non legion members, service officers, and ex serving were thoroughly entertained by the KC Golf Show at Bury St Edmunds Golf Club on Friday 16th September for the 90th anniversary in aid of the Royal British Legion.

Event organiser, and County Secretary Sandra Bromley was extremely grateful to Kevin for given up his time, and donating his trick shot show to the event.

Kevin added, ‘I was delighted to be a part of the day, and was pleased I could help contribute to such a well worthy cause such as The Royal British Legion’.

Keeping in theme with the event, Kevin managed to incorporate a couple of large Poppies into the show which were used to great effect as giant tee’s during Kevin’s gym ball trick. (see photo attached)

Considering a relatively small field, everyone involved played there part and helped raise £1,255.00 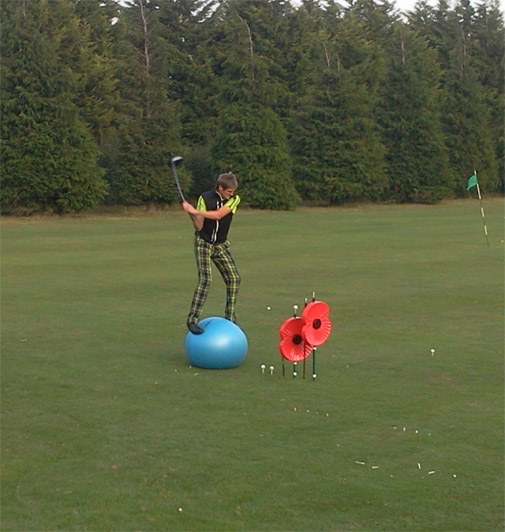