The Kim Jansson Golf Classic had 130 golfers take part at Rushmere Golf Club, a course where Kim played his golf during the speedway season when riding for the Ipswich Witches. Kim sadly suffered an horrific crash in Sweden in 2008 which left him paralysed from the waist down.

Each year Kim and his family fly over from Sweden to enjoy the day, but most of all to really appreciate all the hard work that the organisers do. Kim paid a special thank you to John Peddelty, Justin Winn, Clive Webb, Tony Wallis and Ron Hewlitt and to everyone for raising a few quid and making the day a great occasion. This year the Golf Day raised an amazing £2,000 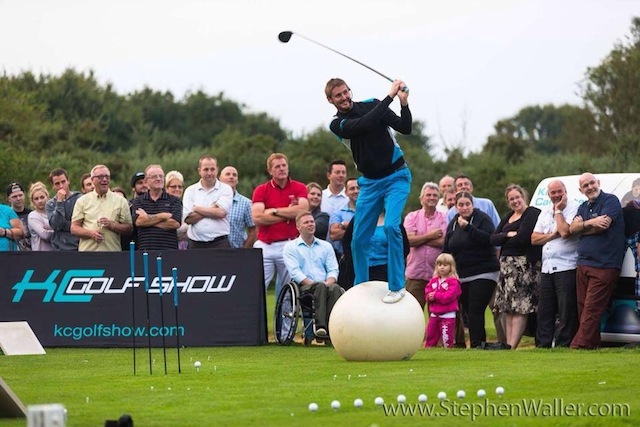 Pic above,  Kim with friends enjoying the KC Golf Show

It was great to see Ipswich Witches Captain Ritchie Hawkins supporting the event, along with Cameron Heeps and Witches No.1 Rohun Tungate. Witches official photographer Stephen Waller kindly gave up his evening to shoot the show, Presenter Kevin Long was great value too and it was nice to catch up with Witches manager from last season Pete Simmonds.

In the run up to Kim’s Day, the event had been well advertised and one evening I went along to watch the Witches when Kevin Long caught me off guard as he decided to interview me about about my show from the terraces at Foxhall Stadium. Performing the show in front of hundreds I don’t mind, speaking live in front of thousands was quite nerve racking.

It’s an event I always look forward too. On the day, the weather was kind, the show itself was great fun and to round off a superb day the comedian was hilarious.  The day went long into the night, so much so I even got the guitar out and played a few Oasis tunes. (Which were sung very badly by the way, but better than than the choice of music played by DJ Guy Baker!!!)

As a Speedway fan, I’d love the opportunity to perform a few tricks at Foxhall during the interval. Who knows, maybe something can be done for Good Friday’s home meeting in 2015??? 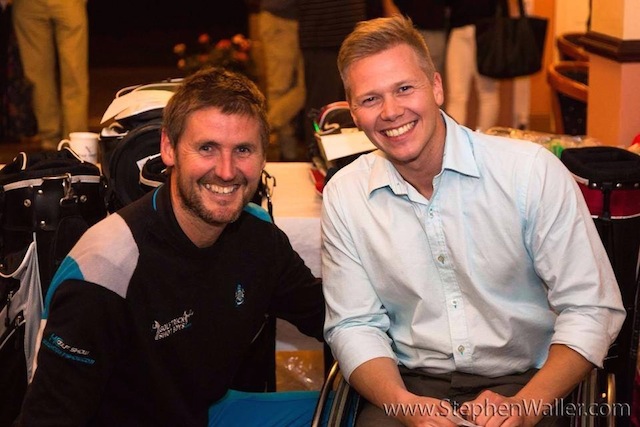