A week after performing at Wentworth I was looking forward to returning to Wales and entertaining the guys playing in the Cardiff and Newport Sands Charity Day. 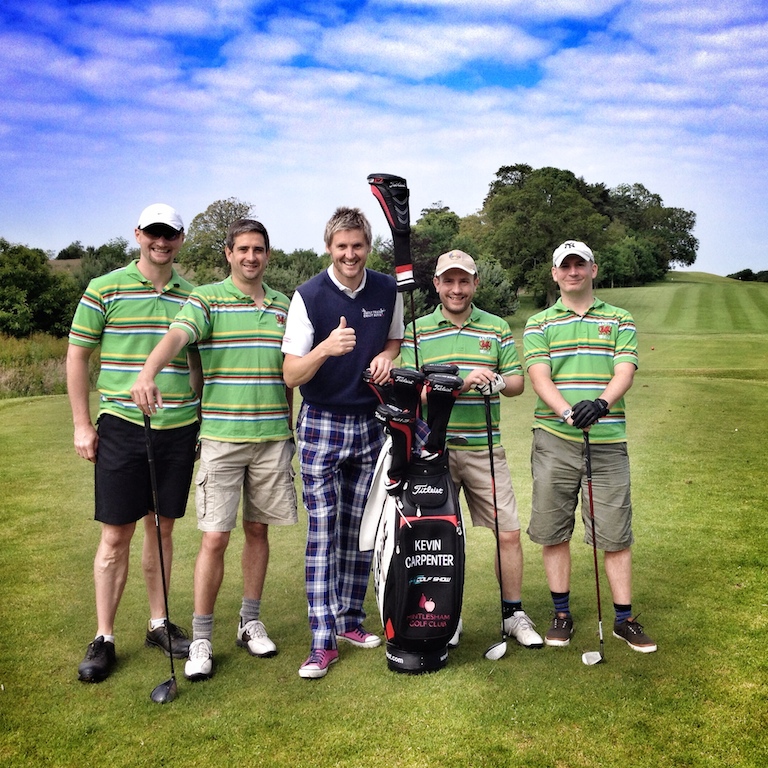 Two years ago Gwyn and Claire Roberts invited me to the Seren Roberts Memorial, an event in memory of their daughter still born in November 2005. Now in its 4th year I was delighted to return to catch up with Gwyn, Claire the family and all their supporters. This year was a record 83 golfers taking part held at Cotrell Park, Cardiff.

July was a busy start to the month with a couple shows in the first week. Bob Taylor’s  Captains Day at The Meridian, Cambridge was very well supported as was the BTMK Corporate Day at Boyce Hill despite the heavy rain. The wet and slippery conditions made for quite and entertaining show and the guys at the  South Benfleet Club take a lot of credit for that. Performing trick shots is hard enough at times, the rain just made things a little more interesting. It was a fun 30 minutes even if we were all hiding under the umbrellas.