The British Speedway Grand Prix is a fixture I haven’t missed since the event started fourteen years ago at Cardiff’s Millenium Stadium. Speedway has been a hobby of mine ever since I remember my parents taking me as a young lad to watch the Ipswich Witches at Foxhall Stadium.  This year was made all the more special as my 6 yr old son was joining me for his first Speedway GP experience. 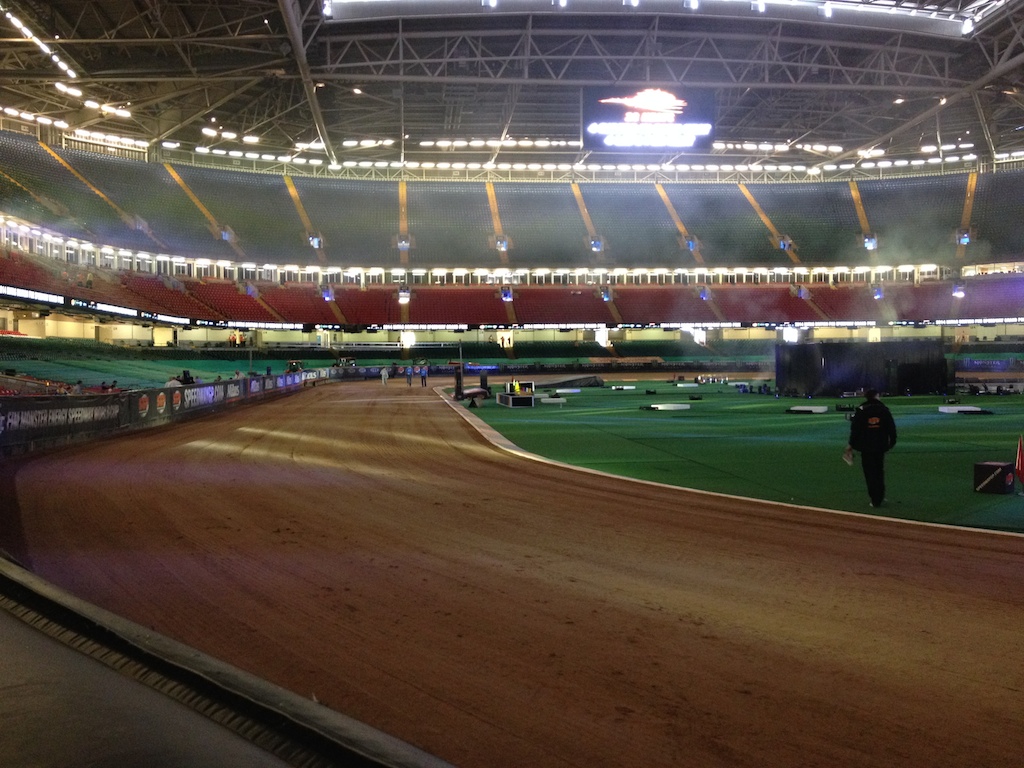 I managed to blag a couple of passes into the pits before the meeting,  Lewis had his photo taken with a few of the riders and he was made up when Aussi sensation Darcy Ward stopped and posed for a photo. 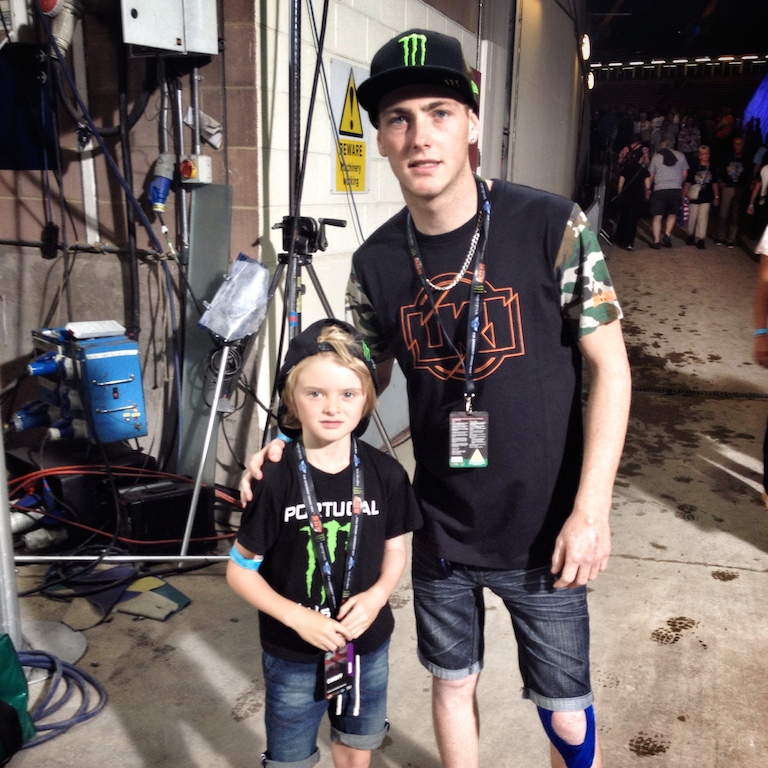 Inside the stadium the atmosphere is electric with the majority of the 45,000 fans all cheering for Great Britain’s No.1 and 2013 World Champion Tai Woffinden. The purpose built track for this one off meeting always provides exciting racing due to the unpredicability of the how the track holds up? The evening went right down to the wire as our very own Tai Woffinden made it to the final up against the very popular american Greg Hancock. Both riders were currently 1 & 2 in the world during the 2014 schedule so made for a nail biting finish. Hancock made one of his textbook starts and held off Woffinden to the chequered flag with Darcy Ward 3rd & Poland’s Krzysztof Kasprzak finishing 4th.

The whole weekend is a great occassion for speedway fans, the riders and promotors of the event. Cardiff is buzzing prior to the meeting, the fanzone gets bigger and better each year with much to see including plenty of speedway memrobilia, the latest merchandise and scheduled autograph sessions with the riders to name a few.

Due to the power of Twitter I have become good friends with seven times British Champion Scott Nicholls, we managed to catch up with him and his wife Sophie prior to the meeting and they both kindly posed for a pic with Lewis and his mate after signing hundreds of autographs. 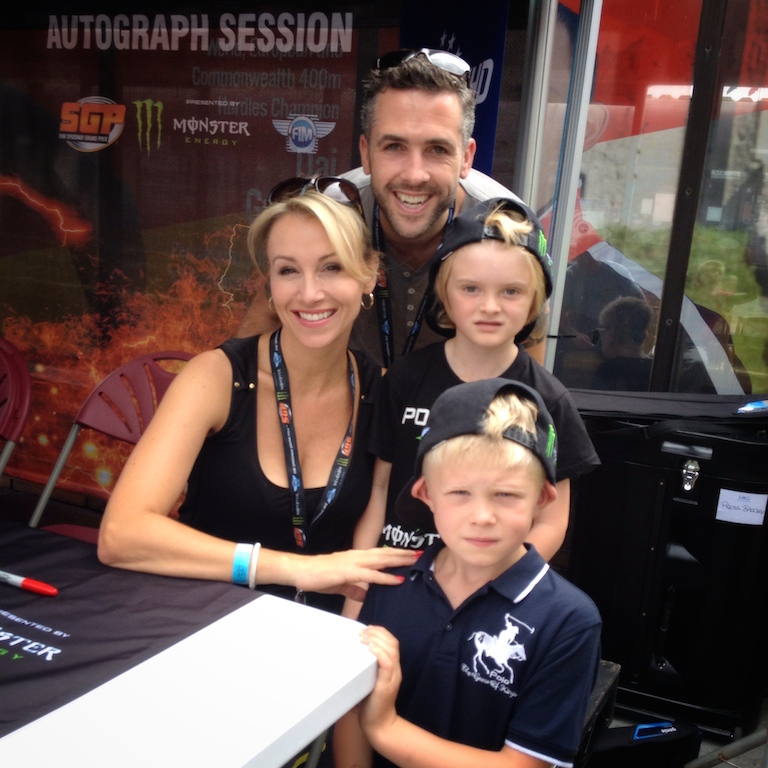 For me personally, the event is a welcome distraction from the golf, and something I look forward to every year, roll on for 2015.

Congratulations to Greg Hancock who at 43 years old, went on to be crowned the 2014 World Speedway Champion for the third time in his career.

If you fancy checking out Speedway, they’re plenty of clubs riding locally in your area, otherwise if you want to try the main event of the year log onto Speedwaygp.com for more details.  You won’t be dissapointed.