This was my 2nd visit to Poland, however my first time with The KC Golf Show. Five years ago I went to Bydgoszcz with my Dad and younger brother to watch the Polish Speedway Grand Prix The atmosphere that night was amazing, the Poles certainly love there Speedway. When I was a kid my parents used to take me to watch the Ipswich Witches at Foxhall Stadium and I have followed the sport with great interest ever since. 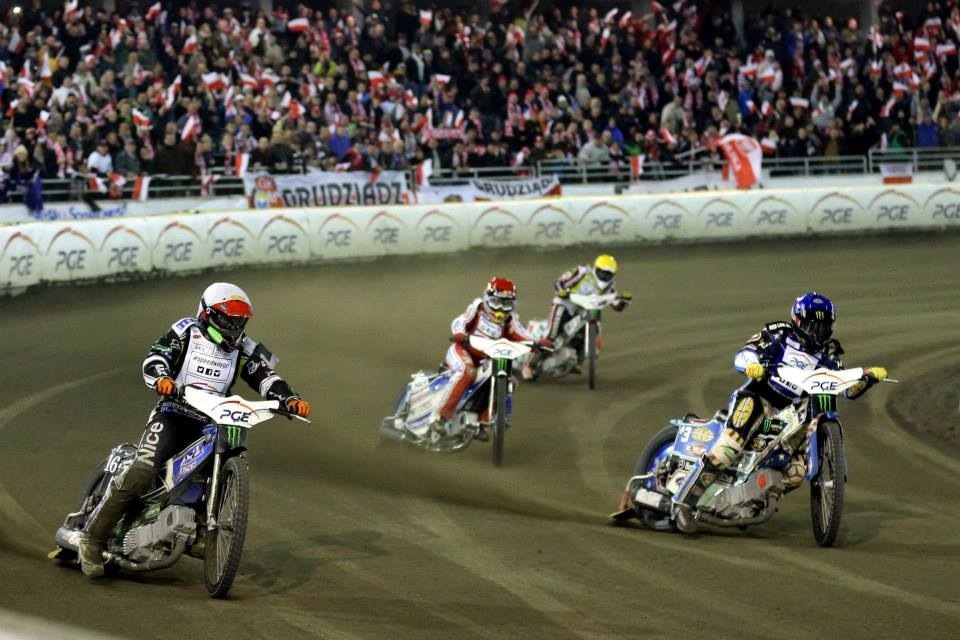 Regards Golf in Poland, I believe it’s still a relatively new sport and is probably assumed by many, that the game is played by the rich? I was invited to perform during the week of the Deutsche Bank Polish Masters at the very impressive Toya Golf and Country Club, Wroclaw. In conjunction with the tournament Toya had advertised coaching sessions for the final day which provided a great atmosphere at the David Leadbetter Academy ahead of the KC Golf Show. 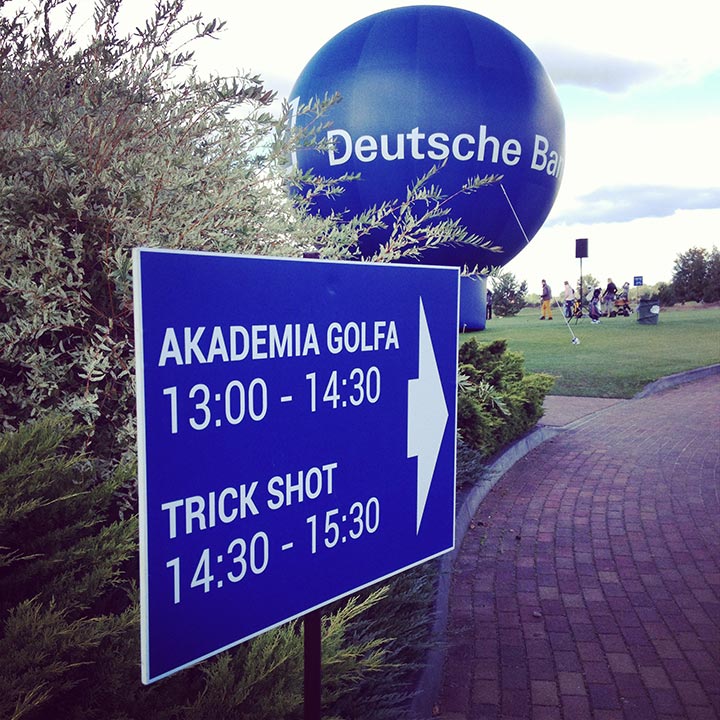 A large crowd waited in anticipation wondering just how a Unicycle and Gym Ball fits in with the game of golf. All was revealed as I rocked up riding the unicycle doing a few keep me uppies on the sand iron. We had the weather on our side and everyone was getting into the show. I personally had a couple nervy moments when the camera crew decided to place the Go Pro camera in a number of risky positions! Luckily for me, I managed to execute a few tricky shots without damaging the Go Pro.

After the show I was able to catch the end of the tournament which finished in a nail biting three way play off which was won on the first play off hole by Maximillian Glauert of Germany.

I would like to thank Jacek Gulmantowicz for bringing the KC Golf Show to Poland, also Matthew Tipper  and the staff at Toya Golf & Country Club. Everyone made me feel very welcome and I look forward to seeing you all again sometime in 2014.

This entry was posted in The Show. Bookmark the permalink.
← Ian Poulter Junior Invitational 2013
London Marathon 2014 →